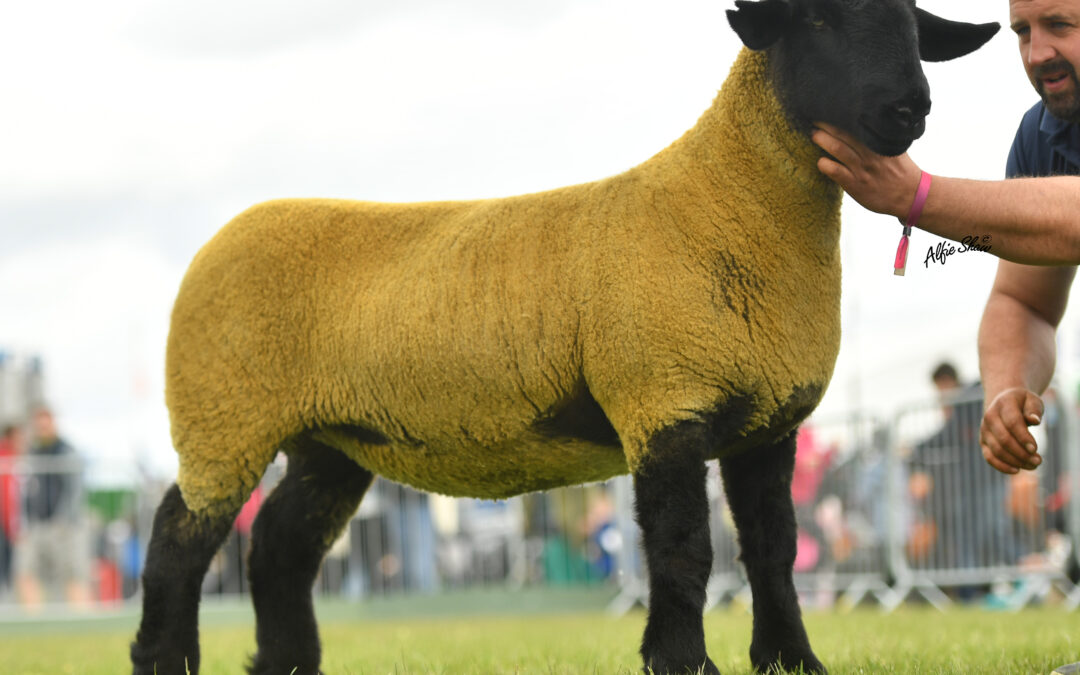 Taylor Tops and takes the RUAS SUPREME CHAMPION AT Balmoral

Congratulations to the Northern Ireland Branch for an excellent turnout of sheep at the 2022 RUAS Show at Balmoral.

Judge Andrew Wilson from Donegal was impressed with the stock presented to him at the opening day of Balmoral and certainly had difficult decisions to make in each of the classes. His first major decision was to hand the first place rosette to Carony flock owners Lesley & Mervyn Liggett after their Birness Bees Knees ram triumphed in the aged ram class. The Burnview flock of Stephanie & William Tait went on to claim second with their Strathbogie Joel ram with Jack Smyth of the Bessiebell flock claiming third.

Mark Priestley continued his success coming out on top winning the group of three just ahead of Jason & Campbell Watson and Stephanie & William Tait whilst the Limestone flock also took the winning rosette with their pair of lambs followed closely by William & Stephanie Tait and David Ford.

All in all a fantastic few days for the Suffolk breed to showcase Northern Irelands premier livestock.

Congratulations to all our breeders and the results are: