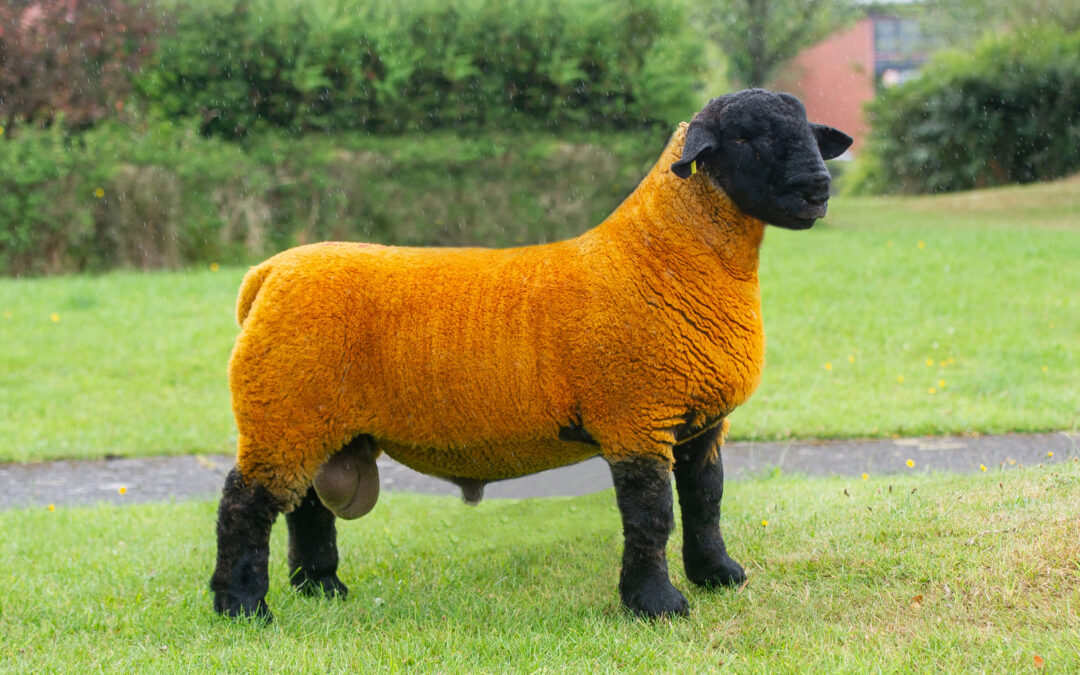 Topping the trade was the best from Jimmy Douglas’ Cairness flock from Woodhead of Cairness, Fraserburgh. He is by Cairnton Prince, a tup lamb retained for breeding last year by John Gibb that was a son of Creagislay Cracker, and bred from a home-bred ewe. Final bidders were neighbouring breeders, the Moir brothers, William and David, Cairness, who also bought a Kexbeck lamb at 1800gns from North Yorkshire breeder, Pamela Lupton. He is by Perrinpit Game Set.

Second top price was 3000gns paid for the No 3 from Steven Buckley’s Sitlow pen from Dove Holes, Buxton, Derbyshire. He is by Logiedurno Sonny Bill, a tup that stood reserve male champion at the Royal Highland Show and reserve breed champion and inter-breed pairs at the Royal Welsh Show in 2019. Bred from a Midhope Hans Solo sired-home-bred dam, he travels down to Wales with the Jones family, Commins Coch, Machynlleth.

Topping the shearling rams at 2300gns was Claycrop Colada from JJ Tooze, Old Medwyn Mill, Spittal, Carnwath. Bred by James Wallace and bought last year at Lanark, he is by Castleisle Cobra and out of a ewe by Strathbogie Samurai. Colada also sold down to Wales this time with Messrs Owen, Newborough, Gwynedd.

The first prize shearling made 1900gns for AJ and WJ Reed’s Beaconhill flock from Devon. A Brijon Magician son, out of a home-bred dam by Beaconhill Noble Lad, he sold to Messrs Towers and Sons, Tunstall, Carnforth. Another three ram lambs made 1800gns, with the first, a Collessie Cut Above-sired ram lamb from Ronnie Black and sons Mike and Pete, Newton Of Collessie, Ladybank, selling to John Christie, Westcarse, Stirling. Stephen Bolland, Bolton Abbey, Skipton, made the same money with a Solwaybank Cracker-sired lamb purchased by Elaine Wilkie, South Shaw Cottage, Berryscaur, Boreland, Lockerbie and, Thurso-based breeder, B Swanson, East Murkle, went to 1800gns for a lamb from John Gibb’s Cairnton flock from Fraserburgh. He is sired by Mullaghboy Mustang.

The reserve overall champion topped the females at 1600gns. Another from Pamela Lupton’s Kexbeck flock, this gimmer is by the 4000gns Rhaeadr Jet Set, and out of a home-bred ewe by Rhaeadr Reggae. She was knocked down to Messrs Evans, Llanrhaeadr, Denbigh.

Kexbeck also sold the top price ewe lamb at 900gns to Messrs Thomas, Hilderstone, Stone, Staffordshire. First in her class at the pre-sale show, she is a daughter of Rhaeadr Welsh Wizard.

Forfar-based breeder, James Scott, sold his second prize gimmer for 1100gns to Messrs Cross, Barnacre, Preston. She is by Spittal XL and out of a Cairness Stylistic sired-dam.