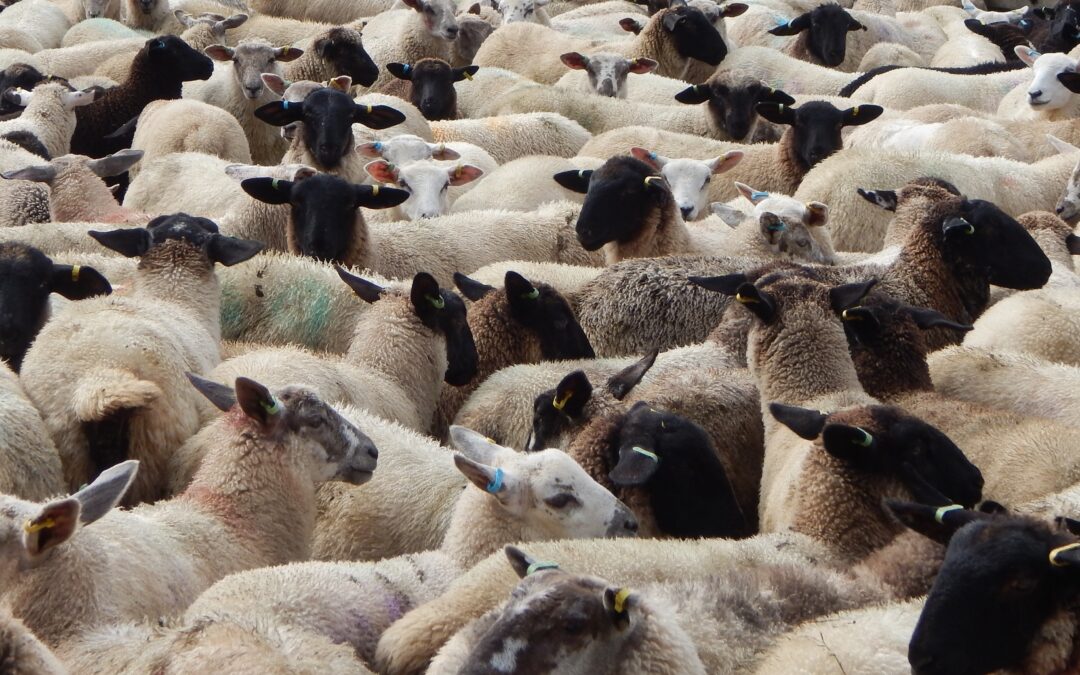 Top ram for Muscle Depth Estimated Breeding Value (EBV) on RamCompare this year is Suffolk ram 78X:17:00839 bred by Richard Garner’s Ortum flock based near Horncastle, Lincolnshire. He is one of the highest ever recorded in the first four years of the project and has been used for two years at Hutts Farm based in Ripon, Yorkshire which I one of the RamCompare commercial farm partners. Their organic North of England Mule flock lambs outdoors in May, with lambs finished off forage wherever possible. Sires, including the Ortum Suffolk ram, were selected with high levels of muscling to compliment these maternal genetics.

For Richard, the use of ultrasound scanning to select sheep for superior muscle depth has been a major breeding objective and within the Suffolk breed, 78X:17:00839 sits in the top 1% for Muscle Depth EBV – as well as being Top 1% for CT Lean Weight and Terminal Sire Index.

From the two years of data collected at Hutts Farm, shown in the chart, you can see the strong correlation between the Muscle Depth EBV of the sire with the progeny’s adjusted muscle depth measurement. Ortum 78X:17:00839 clearly had the highest Muscle Depth EBV when compared with other rams on test (a combination of Texels, Charollais and Meatlincs). This impressive on-farm performance has meant that he was chosen to be used again last season so has a second crop of trial lambs in 2020. The average muscle depth from his progeny group achieved close to 21mm, making significant gains from others on test.

How is muscle depth measured and why is it important?

Using ultrasound scanning to measure muscle and fat depth provides a measurement of carcase composition that is quick, easily repeatable and can be performed on live animals before their first breeding season. While it only measures muscling at a single point on the animal (across the loin), we know that animals with good muscling here tend to have superior muscling throughout the carcase.

Progress in increasing the muscling of the Suffolk breed

Over the last 30 years, the use of the ultrasound scanning service to aid the identification and selection of stock rams with high Muscle Depth EBVs has led to big improvements, not just within Richard’s flock – but also across the wider breed. Mr Garner has been using ultrasound scanning since the early 1990’s, helping to improve the accuracy of his EBVs for muscling, and considers it a major driver and central pillar in achieving success and ensuring progress.

The genetic progress seen in the Ortum flock makes them a leading recorded Suffolk flock for this trait. It is not just the EBVs, which have gone up – the physical measurements collected have increased over time too. The average Ortum lamb today has an extra 2mm of muscle at scanning (compared to 2002-2005), which might sound modest – but is equivalent to an increasing in muscling of around 5-7% of the overall carcase.

“Richard is to be congratulated for what he has achieved, constantly mating the best to the best to increase the yield of meat within this fast growing strain of Suffolk sheep. This progressive approach to performance recording greatly enhances the value of Suffolk rams to the commercial producer.”