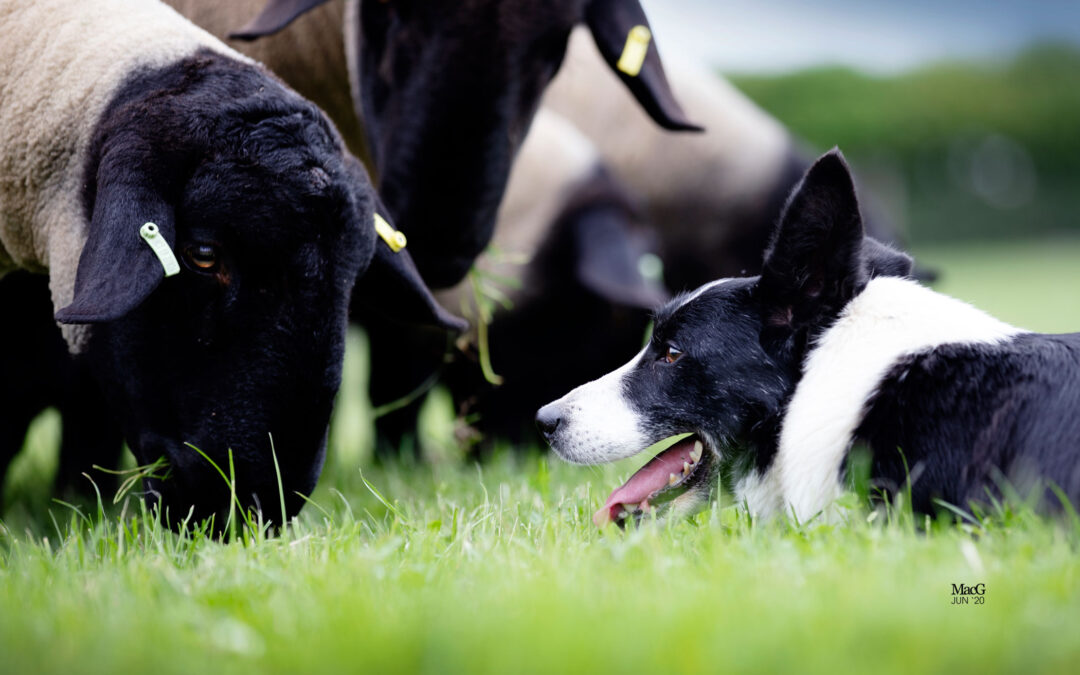 The Ingram’s Logie Durno commercial sheep enterprise in Aberdeenshire is focused on producing high performing rams with all the required traits for the commercial farmer. They currently run 3,500 ewes which are all MV Accredited, Scrapie Monitored and performance recorded with Signet. In 2020 Logie Durno produced 850 rams for sale.

They have a flock of 150 registered pedigree Suffolk ewes which lamb in February. They also use recipients to carry embryos from their top bloodlines. The flock produced 80 shearling rams primarily from grass and are sold privately from farm and delivered throughout the UK.

The foundation of the flock was made up with shearling ewes purchased from the Hans flock alongside later purchases from Robert Neil’s Rosiebank flock. Stock rams have been selected very carefully over the years with the biggest influences being Bentley Fly half, Spotsmains Kelso and Langside Premier. The Ingrams select their best ram lamb each year and this is very heavily used in their own flocks.

“our approach to breeding Suffolks has been very much commercial with the ewes lambed in February, getting the ewes and lambs outside at a week old. We have succeeded in breeding a Suffolk which is long, clean and full of flesh throughout the top line and hind quarters with a good covering of fat. We have raised our fat levels over the years which we think is vital to keeping a healthy flock and producing rams from grass. Another unique part of our breeding has been to cull any sheep with excessively heavy bone and heads as we have found they don’t milk as well, and the rams look poor from grass and don’t last long enough for our customers.”

Performance recording has been a big feature of Logie Durno breeding and the Ingrams use the results extensively when customers are selecting rams. Their breeding programme is aimed at producing a good looking sheep as well as one with high figures and they are now at the stage where their best sheep are both high index and attractive aesthetically. They regularly have lambs up at 70kg with 40mm + muscle at backfat scanning time run on a relatively commercial system.

Owen Morgan (Brecon), one of Logie Durno’s newer customers said “I used Suffolk tups last year from Logie Durno for the first time alongside other terminal sires. The Suffolk x lambs have outperformed everything else. We were picking out lambs at 38kg and they were killing out up to 52%, these lambs were only 8-10 weeks old. The lambs are away averaging well over £100, really pleased! Will be buying more Suffolk tups direct from farm this year again.”

Flock successes over the years have included being Reserve champion at the Royal Welsh show last year and then going on to being part of the winning interbreed pair. A Logie Durno ram was also reserve male champion at the Highland show. Mr Ingram said “We have taken great pride in selling rams privately this year to both Capielaw and Roxburgh Mains, as well as semen to the Sitlow flock who have received prices of up to 3,000gns for sons of Logie Durno Sonny Bill.”

Going forward, the Logie Durno aim is to carry on increasing the number of commercial Suffolk rams for sale, and also to sell the very best rams to other pedigree flocks. The Logie Durno vision is for Suffolks to continue to deliver as the leading domestic terminal sire, a functional sheep with great growth, fleshing and a nice sized silky head to breed both prime lambs and breeding females. The Ingrams see a fantastic future for the breed and think it’s a great choice for commercial farmers who want to produce abattoir lambs and replacement ewes.