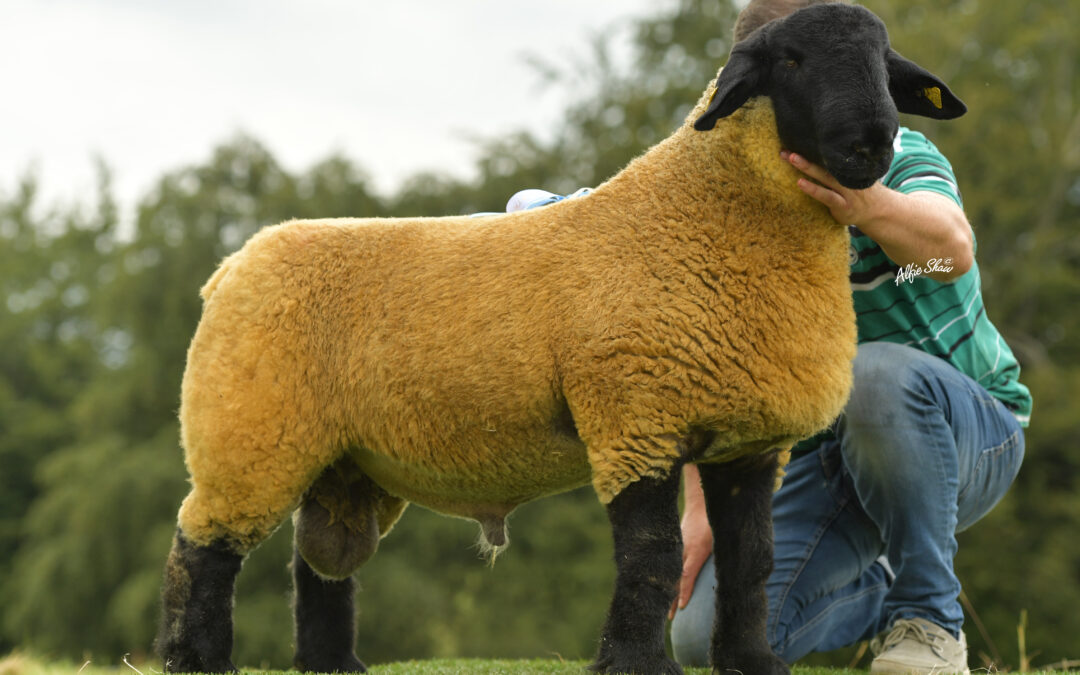 Standing room only at Blessington Mart on Saturday as both commercial farmers and pedigree breeders flocked to the Lamlac sponsored South of Ireland Branch of the Suffolk Sheep Society’s Premier Sale. Over half the ram lambs sold on Saturday went to commercial farmers typically buying in the €400 to €900 price range. Ram lambs overall achieved an excellent 75% clearance with an average of €931.

“this has been an excellent sale showcasing the best of Irish bred suffolks. The Society has been keeping the pedigree Suffolk flock book in Ireland since 1893 with the first registered flocks in Counties Roscommon and Derry and our members are still to the fore. The success of today’s sale demonstrates that Suffolks are not only number one for finishing and taste, they are also a major player in the commercial sheep world. We have seen today that registered suffolk lambs are not only attractive to the pedigree breeder, but also to the commercial farmer and even into mainland Europe with lambs bought at Blessington going to Belgium and France”