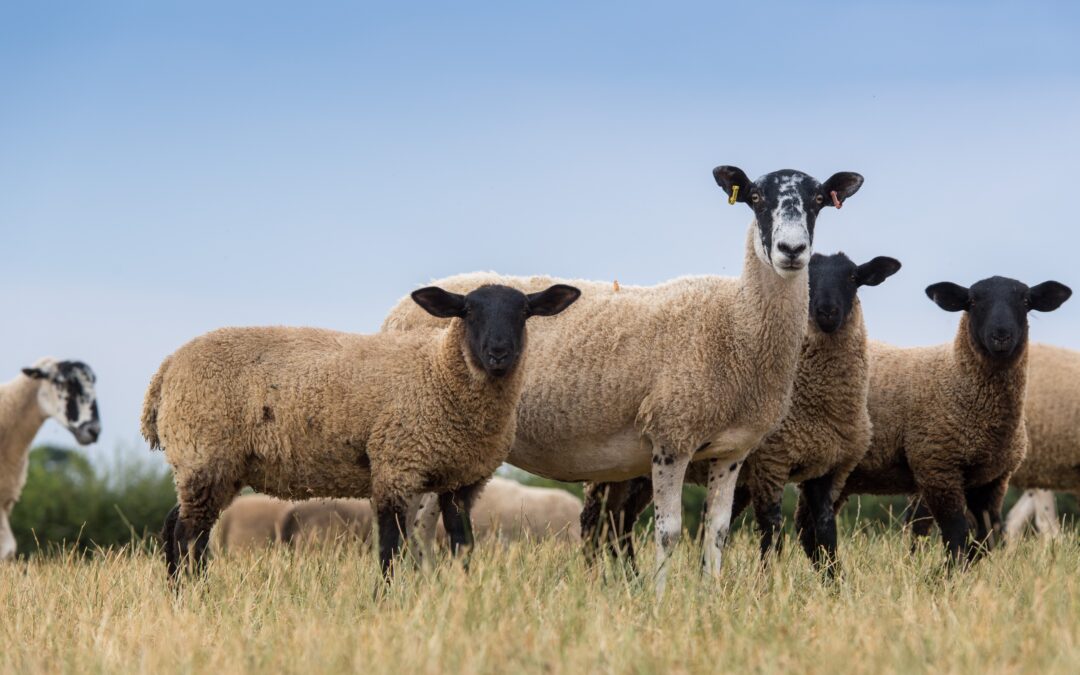 Farming with her husband Brian and nephew Tom Turnham on 2 farms 26 miles apart, Angela Tarry-Smith needs sheep which are easy to manage and can produce good fat lambs with minimal input, and she believes that the North of England mule is the ideal sheep to do this

They farm 2 separate units at Kiln Farm, Northamptonshire farmed by Angela and Tom and Red House Farm in Warwickshire farmed by Brian, covering around 800 acres in total running around 2000 ewes and 120 suckler cows who’s  progeny are finished on farm as well as finishing 450 cattle bought as stores out of Cockermouth and other marts in the North, which are all finished on farm. The North of England mules have formed the backbone of the flock for a long while, with Brian remembering attending Carlisle Botchergate sales back in the 1950’s with his father to buy mule sheep back then.

“The mules have changed in looks over the years but have retained that core ability of mothering, milkiness and prolificness for which they are renowned”

All the sheep are tupped with the Suffolk rams at Kiln Farm, many of which are bought up at the Kelso sale. They settled on the Suffolk tup as the cross provides big framed lambs which get to good weights quickly. Lambing commences at the end of February into  April and all threes are left on as the mules are excellent mothers and milk well. Wethers are sold through the live weight system, mainly through Rugby, with the first lambs hitting the spec required in early July, which for the Kiln Farm system is 50kg+. They feel the combination of the mule ewe and the Suffolk tup are the ideal combination to get this. The mule ewe is milky and reliable, and the Suffolk provides the frame for the lamb. The wether lambs at that weight are becoming more popular again and they feel that this trend will continue as its cost effective for both the butchers and buyers.

With the fat lambs reaching up to £115 last season, the other string to the bow is the flocks gimmer lambs which are sold for breeding. When selecting their Suffolk tups they like to look for tups which are good on their feet and carry themselves well, with a good confirmation. This trait is excellent for the gimmer lambs they sell which they sell as breeding lambs at Exeter, Rugby and Worcester as well as private customers too who return year upon year. Building up a relationship with the customers is key so they can trust the sheep Angela says.

“We know we have a great sheep that has both the frame for breeding fat lambs but just as importantly, the mothering ability and milkiness of the mule”

These lambs often take the winning tickets at the sales they attend, selling up to £125/head.

The mule ewe is a great sheep, easy to look after and always get you out of trouble by doing the best they can. They replace 250-300 ewes a year after generally getting 5 crops out of them aiming for at least 1.75/lamb per sheep/year over their lifetime which enables the sheep to pay. “Over the years we have had breeding sheep we haven’t found any other breed which comes close to matching the North of England Mule” they unequivocally state. And that is why so many sheep breeders keep coming to the same conclusion, the North of England Mule crossed with a good Suffolk tup just can’t be beaten.